With the UK’s mobile service providers now rolling out 5G, a question that arises is for how long will they still need to support their legacy 2G and 3G networks and just how simple will it be to turn them off?

Over the past couple of months, I have been busy delivering courses on 5G and Cellular IoT to several service providers and equipment vendors around the world. During these sessions we have explored the various technologies at the cutting edge of mobile telecommunications and discussed how these will be rolled out and optimized over the coming years.

With all the emphasis on such things as NB-IoT, Non IP Data Delivery (NIDD), Network Slicing and Multi access Edge Computing etc, it got me thinking about when mobile service providers will finally switch off or “sunset” their 2G and 3G networks. With GSM fast approaching its thirtieth birthday, GPRS about to leave behind its teenage years and UMTS fast on its heels, casual thought would lead us to think that these technologies would be winding down towards retirement and letting LTE and 5G face this brave new world alone. However, on further reflection, it has become clear to me that there are several significant issues that will need to be addressed before the UK’s 2G and 3G networks can head off into a golden sunset. 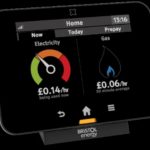 Over the past few years, IoT (Internet of Things) has been seen as the next big thing in mobile communications and as such, it has been instrumental in the design and development of the new 5G technologies namely; Massive Machine Type Communications (MMTC) or Massive IoT and Ultra Reliable and Low Latency Communications (URLLC) or Critical IoT. However, IoT is not new to the world of mobile telecommunications, we just used to call it Telemetry or Machine-to-Machine (M2M) communications during the days of GSM and GPRS.

One such M2M application is the ongoing roll out of Smart Meters in the UK which originally aimed to connect approximately 30 million homes and small businesses by the end of 2020 (Now extended to 2024). These smart meters contain two radio modules; one based on Zigbee which links the gas and electricity meters themselves to an in-house display unit via a Communications Hub and a second radio, which connects the Hub to the Data and Communications Company (DCC) via a wide area network. Interestingly, the latter still operates on 2G and 3G technology. Even though a 4G variant is now being considered, and may even be available in the later part of 2020, it is not really surprising that the current system is still based on legacy technology. Furthermore, in 2013 when the smart meter programme began, the various enhancements brought about by NB-IoT, LTE-M and NIDD were not available and even if they were, limited 4G coverage even today in many rural areas would still have necessitated a 2G / 3G based solution.

Therefore, if we adopt the general assumption that the asset life of a smart meter is approximately 15 years, and the fact that it is very unlikely there will be a major field upgrade of the current 14.9 million deployed smart meters, it looks increasingly likely that the 2G networks may need to keep running in some form until approximately 2034! 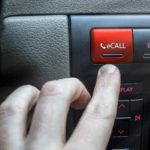 Since the 1st April 2018, all new vehicles within the EU are required to be fitted with GPS and a cellular automated emergency calling system termed eCall. This enables an emergency call to be generated either by the passengers or automatically via activation of in-vehicle sensors such as the air bag when a serious road accident occurs. When activated, the system establishes a voice connection to the Public Safety Answering Point (PSAP) but should the passengers not be able to communicate, then a data connection is created to carry location information, a timestamp and the vehicle identification number.

The current eCall system is based on circuit switching and thus can only be supported on the GSM (2G) and UMTS (3G) networks, as LTE (4G) is packet switched and requires the addition of an IP Multimedia Subsystem (IMS) to support voices services or VoLTE. Work is underway to migrate the system to an IMS as many of the required features already exist in the IMS Emergency Call and IMS Multimedia Emergency Service. Furthermore, the European Telecommunication Standards Institute (ETSI) have proposed several migration scenarios for discussion but some of these still rely on circuit switching to support the voice call capability and therefore by implication, 2G and 3G. However, there are no agreed timescales to implement the 4G eCall service. Therefore, with vehicle development cycles lasting up to five years, the lifetime of said vehicles ranging from 10 to 15 years and 2.9 million new vehicles arriving on UK roads in 2018 alone, the number of vehicles with only a 2G / 3G eCall capability is going to grow by approximately 3 million per year until the 4G variant comes into service. As such, if we are to support this EU directive, even after Brexit, we may still require our 2G and 3G networks until well into the next decade and possibly even beyond.

These two examples are not the only use cases which may call for the continued support of 2G for some years to come. The lack of 4G coverage in some rural areas may impede the wishes of some mobile service providers to retire their 2G and 3G networks as they may need to meet regulatory obligations pertaining to network coverage. However, recent announcements by the four UK mobile service providers and the government to spend a further £1bn to improve rural 4G coverage by sharing cell towers may go some way to help. Nevertheless, many elderly subscribers have resisted the move to a “fully featured” 4G smartphone, capable of supporting VoLTE, as they value the relative simplicity of their feature phone and only typically use voice and text services. These users would need to be carefully migrated which in reality could prove costly in not only financial terms but also brand perception.

Furthermore, smart meters and eCall are not the only M2M services that currently rely on 2G and 3G networks with many additional services, including alarm notifications and asset tracking, also widely deployed. These services could in theory be migrated to 4G and NB-IoT but this could prove expensive if users are sitting on long term contracts and are unwilling to pay for additional performance that they may not require.

Clearly as we move into the 2020s and 5G becomes mainstream, mobile service providers are going to want to “sunset” these legacy networks to enable them to re-farm the spectrum, cut the cost of maintaining end of life equipment and rationalize their networks towards a virtualized service based architecture. However, doing so in the UK may not be that simple and we may well find ourselves celebrating GSM’s 40th birthday in 2031.

If you require further training on 2G or 3G then explore our course portfolio or contact us directly.