For the past 25 years, I have found myself looking up at the cell towers sitting atop buildings or by the side of the road, observing the many different antenna and feeder configurations. Much to the embarrassment of my now grown up children, who teased me relentlessly for being some “weird cell tower spotter”, I did claim a professional interest and in my defence, we never went out of our way to look at any telecoms equipment whilst on holiday – well apart from the trip to visit the transatlantic cable station on Valentia, Ireland!

So why do I bring this up now? Well with the rollout of 5G technology now gathering pace, it is fascinating to note the increasing interest in Non Terrestrial Networks or NTNs in the overall 5G conversation; although I have to concede, it is highly unlikely I will get the opportunity to “spot” them in the skies above.

What is a Non Terrestrial Network?

As the name would suggest, a Non Terrestrial Network positions elements of the network infrastructure overhead in the form of Satellites, HAPS (High Altitude Platform Stations) or Drones (Unmanned Aircraft Systems). Although this may seem expensive, and it generally is, it does bring about a number of unique advantages including:

The 3GPP Release 16 technical report (38.821) defines NTN platforms in terms of Satellites, in different orbits, and UAS (Unmanned Aircraft System), the latter including HAPS (Figure 2). GEO (Geostationary Earth Orbit) and UAS systems can be used to provide continental, regional or local coverage with the radio beams typically remaining fixed with respect to the mobile or device. LEO (Low Earth Orbit) and MEO (Medium Earth Orbit) platforms can be used to provide services in both the Northern and Southern Hemispheres however these satellites, and their associated radio beams, will move relative to the mobile or device as they orbit the earth.

Clearly the higher the altitude, the greater the beam footprint and thus the achievable coverage however, an increase in altitude also brings about an increase in delay or latency which, depending upon the application utilizing the network, may bring about insurmountable issues.

Figure 3 illustrates the high-level architecture of a Non Terrestrial Network comprised of a Satellite Gateway, which provides the interconnect between the terrestrial and non terrestrial elements, a Feeder Link, optional ISL (Inter Satellite Link) and Service Link. This architecture has been extended by the 3GPP in terms of two proposed options:

Over and above the associated costs involved in deploying satellites, there are still a number of technical challenges that need to be addressed in adding NTN access, along with wireless and wireline access to the overall 5G mix. Clearly the distance the satellites or UAS are above the mobile / device will directly impact the transmission delay or latency that may be experienced. Some 5G applications call for latencies of 1ms, which will not be achievable using satellites but may potentially be supported by using drones at very low altitudes. Furthermore, satellites operating in a LEO or MEO will be moving relative to the device on the ground which will require coordinated handovers to be supported as one satellite moves out of coverage and another moves in. In addition, satellites traveling quickly may require Doppler to be taken into consideration, particularly on the inter satellite links.

Figure 2 illustrated typical beam footprints from the different NTN platforms and upon first sight, these may appear advantageous in that large coverage areas can be supported from a single platform. However, having cells greater than 1,000km in diameter introduces a number of issues that will need to be addressed. For example, a “cell” may span the border between two countries so how will it be possible to identify which country the device is located in and therefore, which regulatory authority must be complied with?

Moving closer to Earth, the use of UAS such as drones may counter a number of these problems in addition to being significantly cheaper to deploy. However these also introduce a number of additional challenges that will need to be addressed. For example, how long can the UAS remain on target given the weight of the radio equipment and fuel? Will these platforms operate autonomously, or will they need to be piloted?

Finally, before we perhaps discard this technology as being fanciful, bearing in mind similar proposals and networks have been proposed, deployed and cancelled / retired over the past 20 years or so, we only need to look at what Elon Musk and his team are currently up to with their growing fleet of Starlink satellites. To date, 422 Starlink satellites have been launched using Space X’s reusable Falcon 9 rocket with plans to launch up to 12,000 in a bid to provide global Internet connectivity.

So with regards to 5G and the 3GPP’s involvement, I will continue to monitor their study items and the anticipated publication of the first technical specification in Release 17. In the meantime, I will be consigned to merely looking at terrestrial cellular radios as I walk through town – and hope my family don’t notice. 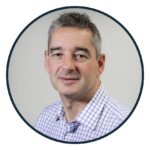 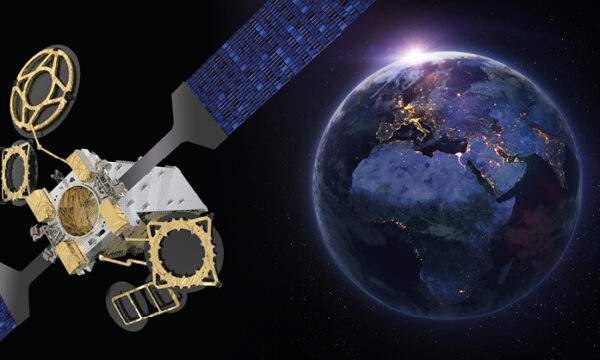